Donations for Change in Tokyo

Having experienced the Changemakers Group in Munich, Ayako is now making a difference in her home city of Tokyo.

Originally from Japan, Ayako enjoys making a difference in her InterNations Community and sharing this experience with the Changemakers Group. Coming back to Japan after 16 years abroad in Germany, Ayako jumped at the chance to get involved.

Ayako has been a Changemakers Consul since 2016. When she lived in Munich, she was a member of the Munich Changemakers Group. The Consuls organized great activities that she had not experienced before. They were really impressive and gave her some food for thought. Especially as of 2015, when the number of refugees from Syria drastically increased, the group began to help them at Bayernkaserne and hosted Social Impact Night events in their support. Moreover, she really liked the activity to visit a facility for the handicapped and enjoy the day together. All these Changemakers Activities brought her so much JOY!

When Ayako eventually returned to Japan in September 2016, she noticed that InterNations had launched a Changemakers Group in Tokyo! She believed it would be a good chance to get to know new people and, together with the members, grow the group and help make a difference.

From the very beginning, Ayako, together with the Changemakers Group in Tokyo, has supported JVC (Japan International Volunteer Center). JVC was established 37 years ago and has various important activities in Asia, Africa, and the Middle East, as well as Fukushima/Kumamota — regions affected by earthquakes. During Tokyo’s first Social Impact Night, she introduced JVC and discussed its Fukushima project. As a Consul, she wanted to focus equally on domestic and foreign issues.

Ayako has been very creative in her Changemakers Activities. She started hiking and dinner gatherings in order to raise donations, which are relatively easy to hold regularly. English is not so well-spoken by Japanese people, so it can be hard at times to host volunteering activities, however, she is continuously seeking ways and opportunities to make society / the world a better place. The members of the Tokyo Changemakers Group give her so many good ideas which inspire the activities, and they are so supportive and helpful! She is also appreciative of her co-Consuls and their support!

Her number one tip for new Changemakers Consuls:

‘’One should always think about the risks when creating an activity. Sometimes those who signed up for an activity do not appear, which may cause payment issues. So, if you hold an event and take into consideration this risk, you have to precisely manage attendees through personal confirmation messages and other methods.’’

Ayako has been a Changemakers Consul since 2016 and enjoys bringing members together to make a change in her home city of Tokyo, Japan. 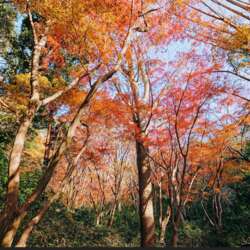 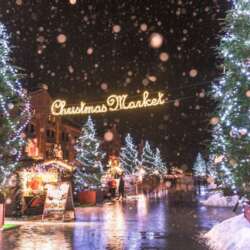 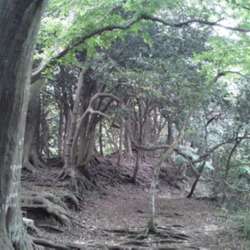 From São Paulo to Munich, from Florence to Lima — check out our Consuls from around the world as they talk about their experiences with InterNations.

Having lived in Dubai since 2001, Waleed knows the city as if it were his own. His local knowledge and passion for bringing people together to share his interests have led him to become one of the most active InterNations Consuls worldwide.

Wanting to truly make a difference in her community, Mink has been a Consul of the Bangkok Changemakers Group ever since it started in 2014.

From dancing the Irish jig, flash mobs to picnics at the Eiffel Tower on Bastille Day, Christine Bos has a great reputation for organizing creative and fun activities for the InterNations Paris Community.

As a Consul for four of the most active InterNations Groups in Sydney, Silvia Verdina continues to explore her new home — one activity at a time.

With activities ranging from a sixteen-stop food tour and cultural exchange nights to weekend trips to some of the Philippines best kept secrets, local Consul team Marievic ‘Aviec’ Mariano and Pamela Punsalang are showing InterNations members ‘It’s More Fun in the Philippines!’

Wanting to truly make a difference in their community, Sanjeeb, Shalah and Doaa have been Consuls of the Dallas Volunteer Group ever since it started in 2014.

A great fun Halloween party and English classes for underprivileged children, Mavis has brought a happy smile to the faces of many children in Hong Kong!

When Aurelien Mangano moved to Houston, he faced the same challenge many expatriates face when moving abroad — how to make friends and build your social circle in your new city. Three years later as Consul for one of Houston’s most active InterNations Groups (InterNations Young Expats), Aurelien now helps other expatriates get established in the USA’s fourth largest city.

Using food as a vehicle, the Montréal Volunteer Group and their NPO partner Santropol Roulant aims to break social and economic isolation between generations and cultures.

Show more
Apply to be a Consul